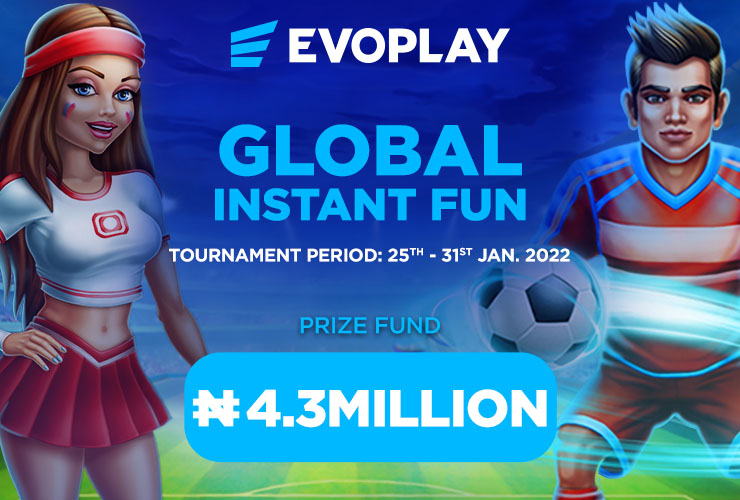 Participate in the global promotion of Evo play, which will take place from January 25 to January 31, and win a part of the prize of a fantastic 4,300,000 NGN! A total of five games of this provider are participating in the promotion, and the winner will be the player who wins the most points at the end of the competition.

Even the first 100 players on the rankings will receive prizes, so get involved as soon as possible!

Show that you are the best, dominate on a global level!

The total prize fund is 4,300,000 NGN and will be divided among the first 100 players who will have the best score on the ranking list.

The minimum deposit is 100 NGN, in dinar equivalent.

Example: If a player has a stake of 10 NGN and makes a profit of 50 NGN on that role, 50 would also be his number of points.

Each additional win in the form of points is added to the sum of previous winnings, realized in the specified period in the games from the promotion. So, according to the principle: gain + gain = number of points. The winner is the player with the most points.

If it happens that several players have the same score at the end of the competition, the winner will be the one who reached that number of points first.

The games participating in the promotion are: Penalty Shoot-out, Wheel of Time, Book Of Keno, Roll To Luck, Bonana Wheel.

Prizes will be distributed in the following order: 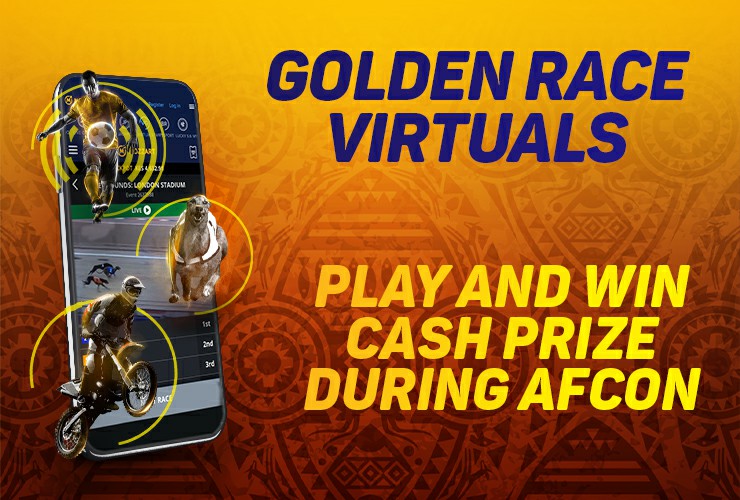 All participants that have at least one winning ticket in GOLDEN RACE virtual games (Football,AFCON Cup, Dog racing, Horse racing, Motorbike races, Speedway racing, Spin to Win,Spin 2 Win Royale ) and who paid bet slips via electronic means of communication – online via the website https://www.mozzartbet.ng/en#/golden-race and / or via mobile applications, are eligible to participate in the Contest (hereinafter: the participant).

Mozzartbet will award prizes to the five best ranked participants who have the highest number of points on the overall ranking list.

If betting on any ticket is canceled or for some other reason in accordance with the Terms and Conditions the odds 1.00 has been applied, that ticket brings 0 points.

The tickets must meet, also, cumulatively the following conditions:

All winning tickets of the players (whose minimum stake is NGN 50) played in the above mentioned period of the Contest shall be converted into points. Points are calculated according to the formula (stake * quota – stake) * 2, whereby each stake over NGN 1,000 shall be fixed at NGN 1,000. Following the end of the Contest, the points shall be collected for each player for his 10 best winning tickets;

The names of the top 5 participants with the highest number of points in the rankings will be released on the 7th of February, 2022, on the promo page https://promo.mozzartbet.ng/